We are absolutely thrilled to be able to support our local Mountain Rescue team (Swaledale Mountain Rescue), in expanding their all-important kit with Dedito waterproof over-trousers for all the team.

Swaledale Mountain Rescue Team (SMRT), which was established in 1968, are a fantastic team of volunteers, who are on call 24 hours a day, 365 days a year to provide vital search and rescue services across Swaledale and Wensleydale; not just above ground, but also below ground in the vast array of natural caves & historic lead mines within their area.

Historically, SMRT were regularly involved in searches for lost or overdue climbers and hillwalkers, but nowadays the majority of SMRT’s call outs are to support the police in locating missing vulnerable people, who may have dementia or who are having mental health difficulties.   In recent years, the team have also been involved in an increasing number of significant weather-related events, because of flooding and storms.

Given the varied terrain the team covers across Swaledale and Wensleydale, they are often called to assist injured people in places that are remote or difficult to access.  The incidents they deal with can be as simple as lower leg fractures in walkers, more complex situations including high energy impact injuries to mountain bikers and paragliders, or more challenging incidents involving multiple casualties.  The team’s work isn’t just about assisting injured or lost people, as they are regularly involved in rescuing dogs and farm animals who have found themselves in trouble in inaccessible places, such as abandoned mine shafts and rock faces.

Call outs for the SMR team come from the Yorkshire Ambulance Service, or in the majority of cases, directly from the Police.

All the SMRT members are trained in basic life support; with a number also having a Mountain Rescue Casualty Care qualification; and a smaller number trained in Advanced Casualty Care.  The team also includes two local GP’s who have experience of providing extended medical care in wilderness environments.

As well as reacting to call outs, SMRT members are also regularly required to continually practice and hone their first aid skills, technical ropework, water rescue and search management.  They are also responsible for maintaining their base at Hipswell, their equipment and the team vehicles, including a new incident support vehicle – and all on a voluntary basis!  All the regional Mountain Rescue teams across the UK are registered charities and receive no financial support from central government.

In addition to the two-legged voluntary members of the team, the SMRT have two very important four-legged team members – Cassie and Ollie.  Both border collies, Cassie and Ollie are operational search dogs and are graded as air-scenting search dogs, receiving their training and assessment through Mountain Rescue Search Dogs England. Although on call for the Swaledale team, they can also support neighbouring areas Mountain Rescue teams if needed.   A third dog, Gem is also undergoing the first stages of her training under the careful instruction of her handler Tim, and she will join the team once she has achieved the required grading.

If you would like to help support the fantastic work carried out by the volunteers who run SMRT, you can donate via their facebook page @SwaledaleMountainRescueTeam

The Origins of Mountain Rescue

The professional services now delivered by the regional Mountain Rescue groups in this country have certainly come a long way since the humble beginnings of makeshift stretchers and cobbled together search and rescue parties.

In the late 18th Century, anyone living, working or walking in the hills who injured themselves either died as a result of their injuries, or relied on hastily assembled rescue parties, using makeshift equipment, to get them across the rough terrain, their injuries often being made worse by the journey off the hill.

In 1903, a tragic accident high on Scafell Pinnacle — the worst British climbing history had known — saw four climbers, tied together as they climbed, fall together to their death as their leader slipped. The ‘Scafell Disaster’ was a pivotal moment in mountain rescue history as a shocked climbing fraternity began to consider the increasing incidence of mountain accidents and the lack of rescue resources available. Within a year, basic first aid and mountain rescue equipment began to appear in key areas. But it was an accident in 1928, in the Peak District, and the extreme difficulties encountered by rescuers, which sparked the eventual formation of the Mountain Rescue Committee.   You can read more about the history of Mountain Rescue England and Wales here.

Since those early years, perhaps the greatest development for Mountain Rescue teams has been the growth in satellite and mobile phone technology which has hugely improved the communication capability of teams and casualties. It’s hard to imagine that once the only way for anyone to summon help was to run as fast as possible to the nearest house. And even then, there was rarely a phone to call for help. Nowadays, thanks to GPS, smartphone technology and specifically designed intelligent apps, times have changed significantly.

Volunteering as a team member of a Mountain Rescue team is a big commitment. But, without their volunteer team members, the mountain rescue service in England and Wales wouldn’t exist.

If you are interested in becoming a volunteer team member with Mountain Rescue, it’s best to check with your nearest team for their individual requirements, but, as a rule of thumb, volunteers will be expected to:

If you would like to explore volunteering further, then you can find out where your closest Mountain Rescue team is based here. 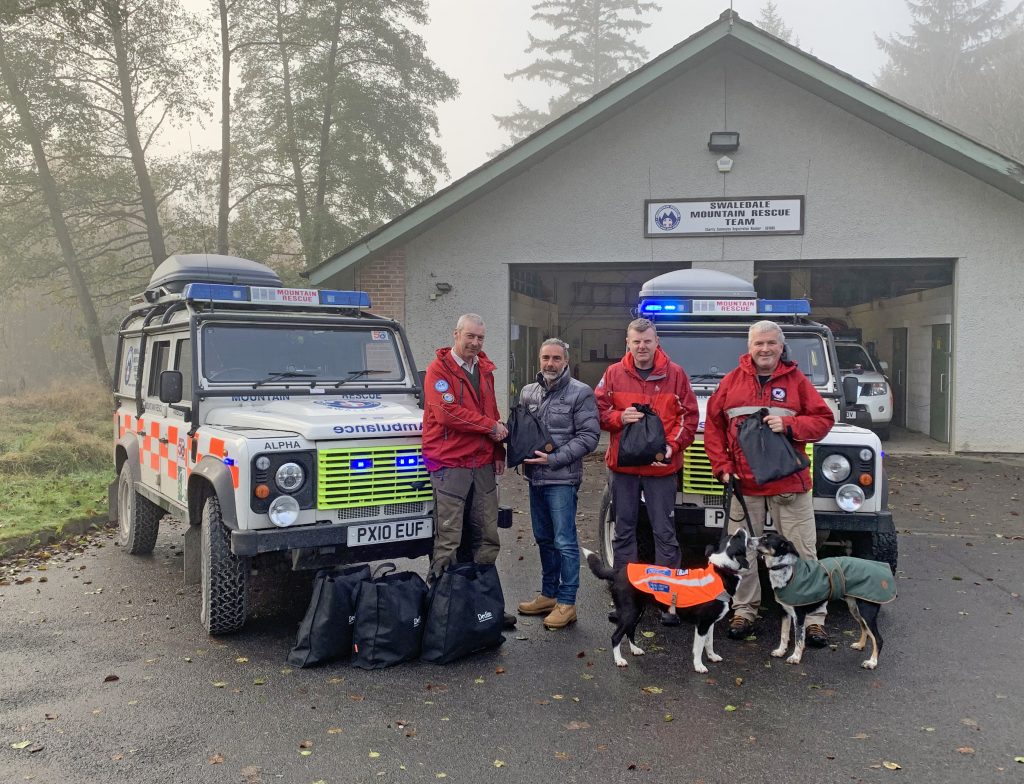